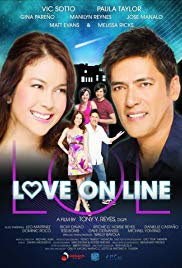 
Please share and save your movie on Facebook!
Movie information
Storyline
Tot(Jose Manalo) spends a lot of time using BookFace, a social networking site wherein he has high hopes of finding the girl of his dreams. This is where he becomes friends with Paula(Paula Taylor), a girl from Bangkok vacationing in the Philippines. Unknown to Tot though that it is not actually Paula who he is socializing with but her ugly cousin played by Manilyn Reynes. They agree to meet up in person but the catch is Tot used SamsonâEUR(TM)s(Vic Sotto) profile picture. Samson agrees to go with Tot to meet Paula but Samson becomes attracted to her that he does not want to reveal the truth. Things get complicated when Tot uses magic that makes him and Samson switch bodies three hours a day from 6PM to 9PM. Written by Fantastik green

Plot
The story starts in a futuristic Manila,where 2 old men bicker against each other on their pasts. Samson (Vic Sotto) is Delilah's (Gina Pareño) son, while Tot (Jose Manalo) is a helper on the house that is a spoiled brat,much to Samson's anger. Back in time.... 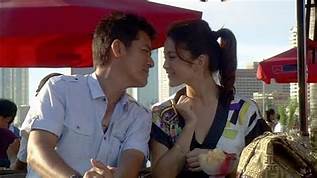 Tot usually sets him up on blind dates,with disastrous results,starting with a fat woman. He chains Tot and regularly threatens him with a hammer if he doesn't kiss the dog in front of him. Then when Delilah contracts a disease,which only Tot has the same blood type with her,Samcon was forced again to go with the helper's scheme. He was set up again by Tot,using his face on the chat and online dating site. Angry, Samson chains Tot once again,forcing the latter to act like a dog.

Bunny (Manilyn Reynes), a regular in the dating site,uses her Thai cousin Paula's (Paula Taylor) picture to get known,which the latter consented. When the time for the eyeball,the real ones shocked when their proxies met, leading for Tot and Bunny to be jealous on their respective proxies and Tot to cast a curse that Delilah told him about,switching their personalities in 3 hours cycle,without cure to dispel the curse. Cursed,Tot got Samson's body,doing debauchery while in Samson's body,while Samson,trapped in Tot's body could do nothing but curse him.

Until one day,Samson tried to explain what happened,when Tot kisses her (using Samson's body),much to the former's anger and the girl walks out in sadness and anger. Tot is once again chained in the water tank,only released when he promised that he will tell the truth. They told the truth about the curse and they are reconciled,only for the curse to activate again. Don Pedro returns the land title he bought from Delilah's husband,whom he hated so much,proving his love for Delilah outbalances his hatred for Delilah's husband.

Back in the present,Tot and Samson swapped bodies again,the latter chasing the former out with a crutch as a weapon.

Source: imdb.com, wikipedia.org
Note: * All videos are from random sources, the quality is variable * Copyright of the films, movies are belong to the real owner (Producer or Broadcast channel) *The files will or can be removed if the copyright owner complain to this site. *This site never buy any films and movies from any filming company. *Thank you for always visiting this site and for your support to us
Labels: 2009, Comedy, Fantasy, Romance