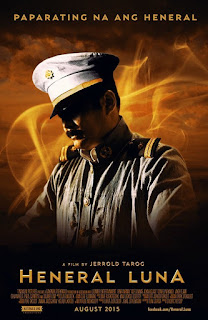 Heneral Luna (lit. General Luna) is a 2015 Filipino historical biopic film depicting General Antonio Luna's leadership of the Philippine Revolutionary Army during the Philippine–American War. It opens with the beginning of hostilities with the American colonizers, and ends with the assassination of Luna on June 5, 1899 - a period in which Luna served as Supreme Chief of the Army under the First Philippine Republic. 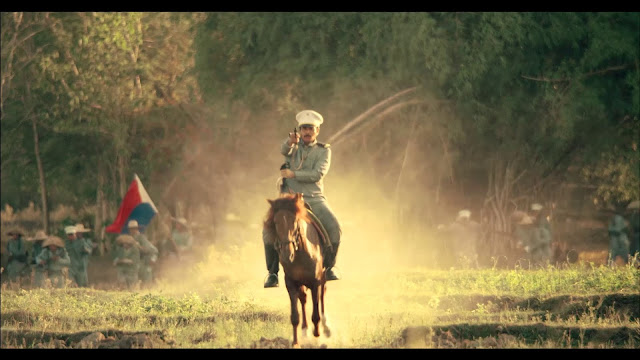 Directed by Jerrold Tarog and produced by Artikulo Uno Productions, the film received critical acclaim from critics and audiences alike, praising its cinematography, writing, acting and plot. The film was selected as the Philippine entry for the Best Foreign Language Film at the 88th Academy Awards but it was not nominated.[4]

With a production budget of 80 million pesos,[5][6] it is one of the most expensive Filipino epic historical films ever released. On September 29, 2015, it broke previous record of ₱160 million to become the highest grossing Filipino historical film of all time.[7][8][9] Despite a 50% discount offered student viewers,[10] by the beginning of its fourth week the film was well on its way to reaching the ₱200 million gross ticket sales.[11] In October 11, it was officially announced that the film had reached its ₱240 million break even point.[5] 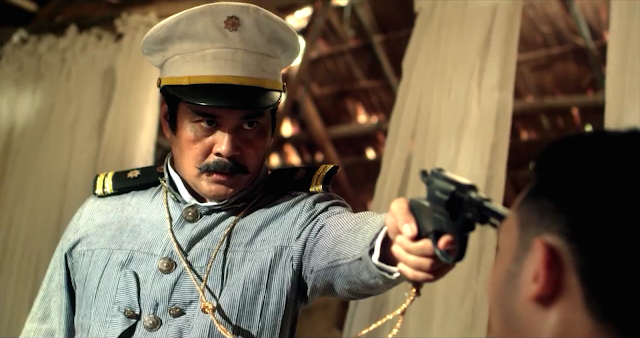 A sequel, entitled Goyo: Ang Batang Heneral, is scheduled for a 2018 release, with Paulo Avelino reprising his role as the titular Gregorio Del Pilar, the youngest General during the Philippine–American War 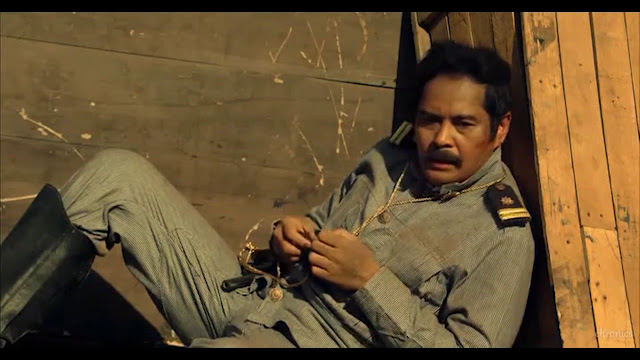 Storyline
Set during the Philippine-American war, Heneral Luna follows the life of one of Philippine History's most brilliant soldier, General Antonio Luna, as he tries to lead his countrymen against colonial masters new and old, and to rise above their own raging disputes to fulfill the promise of the Philippine Revolution. 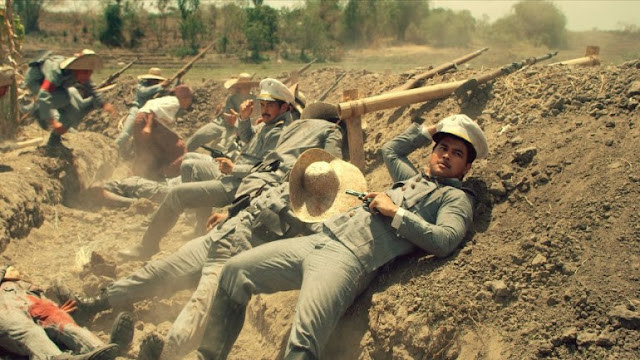 Plot
President Emilio Aguinaldo (Mon Confiado) together with his Prime Minister Apolinario Mabini (Epi Quizon) and the whole presidential cabinet are debating the issue of the American presence in the Philippines. Felipe Buencamino (Nonie Buencamino) and Pedro Paterno (Leo Martinez) support a trade with Americans while General Antonio Luna (John Arcilla) and General José Alejandrino (Alvin Anson) want to wage war to gain independence for the Philippines. Luna asks the cabinet to authorize a pre-emptive strike while the Americans have yet to land their ground troops. Aguinaldo however assured his cabinet that the Americans had promised to help win freedom from their Spanish overlords. Unfortunately, the Americans have invaded key cities in Manila, indicating a possible war against the Filipinos. 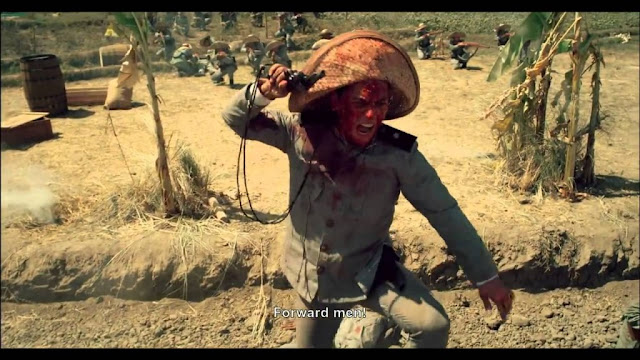 Luna and his trusted comrades – General José Alejandrino, Colonel Francisco “Paco” Román (Joem Bascon), Captain Eduardo Rusca (Archie Alemania), Captain José Bernal (Alex Medina) and Major Manuel Bernal (Art Acuña) – embark on an arduous campaign against the invading American forces. During an intense battle against American troops led by General Arthur MacArthur Jr. (Miguel Faustmann) and General Elwell Otis (E.A. Rocha), Luna asks for reinforcements from the Kawit Battalion but its commander, Captain Pedro Janolino (Ketchup Eusebio), refuses to comply because the order did not come from President Aguinaldo himself. Luna angrily rides to Janolino's camp, humiliates him in front his men, and dismisses the battalion for insubordination. Luna then assembles an army of 4,000 soldiers by declaring his infamous "Article One", stating that all who refuse to follow his orders shall be executed without the benefit of a trial in a military court. He also recruits Lieutenant García (Ronnie Lazaro) after seeing his marksmanship skills, and makes him commander of his elite unit of sharpshooters.

As the war drags on, Buencamino and Paterno indicate their support of a proposal by the Americans for Philippine autonomy. Enraged by this, Luna orders their arrest. Luna’s campaign is undermined by General Tomás Mascardo (Lorenz Martinez), who opposes Luna's order for reinforcements, stating that he will only follow the President's direct orders. While the two generals are about to clash in Pampanga, the Americans advance steadily as other Filipino generals like Gregorio del Pilar (Paulo Avelino) retreat to the north. Luna visits Aguinaldo and Mabini to file his resignation, knowing that Buencamino and Paterno had been set free. Aguinaldo refuses to accept his resignation, but agrees to let Luna establish a headquarters for the Philippine Army in the north.

Later, Luna is summoned by a telegram to the President’s headquarters in Cabanatuan. Although his officers are suspicious, Luna rides to Cabanatuan, bringing only Román and Rusca with him. Most of the soldiers had already left headquarters under Aguinaldo's orders, with the exception of some elements of the Kawit Battalion. Luna discovers upon arrival that Aguinaldo had already left and only Buencamino remains in the office. As they exchange heated words, a single shot is fired outside. Luna investigates and encounters Captain Janolino and his men, who attack him. Luna is shot, stabbed, and hacked repeatedly to death. Román is also killed while a wounded Rusca surrenders to the Kawit soldiers. Most of Luna's remaining loyal officers are arrested, while some are killed, including the Bernal brothers.

As ordered by Aguinaldo, Luna and Román are buried with full military honors by the Kawit Battalion - the same men who killed them. Mabini, who is among the mourners, notices a bloodied Bolo of one of the soldiers; however, the Kawit Battalion would be exonerated thereafter.

While American newspapers quickly blame Aguinaldo for the death of Luna, after the war an aged Aguinaldo denies his involvement on the assassination; he acknowledges Antonio Luna as his most brilliant and most capable general. MacArthur and Otis acknowledge Luna as a worthy adversary, laughing at the fact that the Filipinos killed the only real general they had.

In the mid-credits scene, General Gregorio del Pilar makes ready to cover Aguinaldo's retreat to the north. He gathers Luna's remaining men and orders his aide to select 60 of them.


Source: imdb.com, wikipedia.org
Note: * All videos are from random sources, the quality is variable * Copyright of the films, movies are belong to the real owner (Producer or Broadcast channel) *The files will or can be removed if the copyright owner complain to this site. *This site never buy any films and movies from any filming company. *Thank you for always visiting this site and for your support to us
Labels: 2015, Action, History