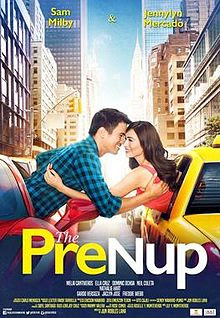 
Please share and save your movie on Facebook!
Movie information
The Prenup is a 2015 Filipino romantic comedy film starring Jennylyn Mercado and Sam Milby. It is written and directed by Jun Lana. It was released on October 14, 2015 by Regal Entertainment.

The film is about two people meet on a plane and fall in love in New York. They're all set to get married back in the Philippines, but the guy's rich parents are suspicious of the girl's intentions and insist on a prenuptial agreement

Plot
Wendy (Jennylyn Mercado) is a woman who goes to the United States to meet her biological father. On board the plane, she meets Sean (Sam Milby). Wendy and Sean initially have a cat-dog relationship but they eventually warm up to each other. When her biological father fails to accommodate her, Sean invites Wendy to stay in his apartment. They fall in love with each other and decide to get married. 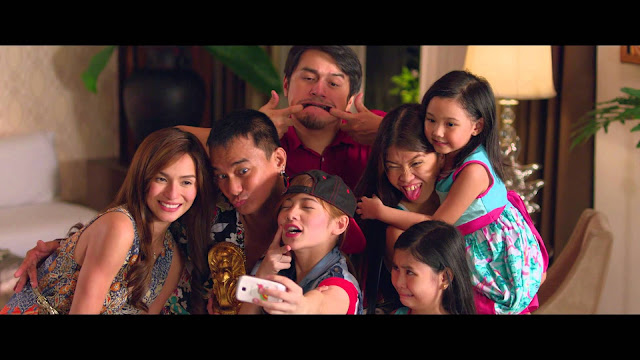 However, when they return to the Philippines, they become frustrated when their families don't get along. The rich guy's parents (Jaclyn Jose and Freddie Webb) insist that Wendy sign a prenuptial agreement. Their lives become even more complicated when Wendy's parents (Dominic Ochoa and Gardo Versoza) add their own clauses to the prenup. 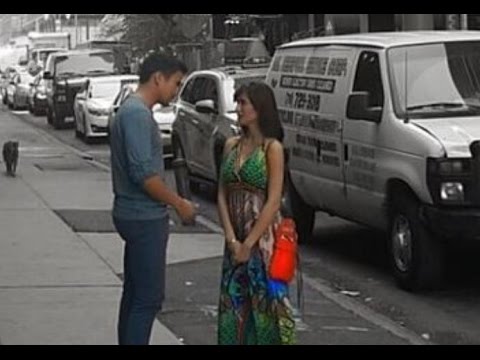 Storyline
Wendy (Jennlyn Mercado) meets Sean (Sam Milby) in a road accident. From being foes, they become acquainted while seated to each other in a long haul flight from Manila to New York City.