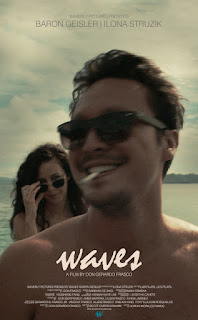 Storyline
Waves is a romantic drama about the intimate relationship between Ross & Sofia - two old friends passionately in love yet life's cultural, geographical, and emotional obstacles get in the way. Despite the intimacy, Ross & Sofia aren't a couple, and they haven't seen each other for some time. Ross is in rock-bottom state when Sofia flies in the country after ending a modeling contract in Korea. They spend a few days on an isolated holiday island where old emotions get rekindled, but then everything's just no longer the same... Written by Don G. Frasco & Scott Curtis Graham