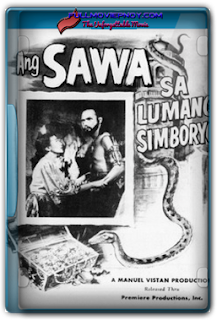 Edit
Storyline
The story starts featuring the main character, Tulume with many golds and other treasures around him and some snakes inside a cave. The story tells that Tulume was a "Tulisan" (bandit) looting treasures and amasses wealth, money, golds and other important things in every people in a town with his follower. After having obtained the looted treasures, they go back to the cave and Tulume puts all the gold and other treasures inside and talk to his pet snake named Lingkis to guard the treasure and kill anybody who will get inside the cave to have the treasures. After that, he went outside to get rest with his men. The next day, one of his men said that he cannot go with them because of his illness. Tulume permitted him to get rest while they went to other places to loot more treasures. After that the man gets inside the cave and has a plan to get all the treasures but unknown to him, Lingkis is ready to kill him. Written by Combat Boots Everyday 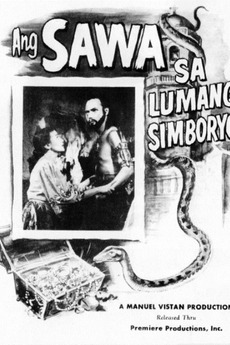 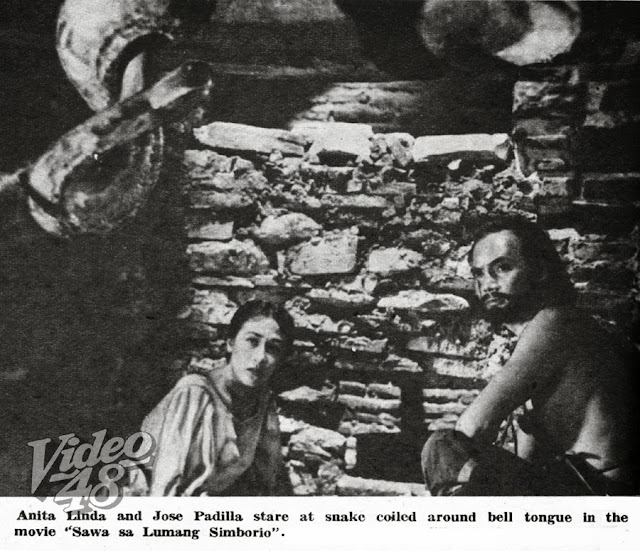 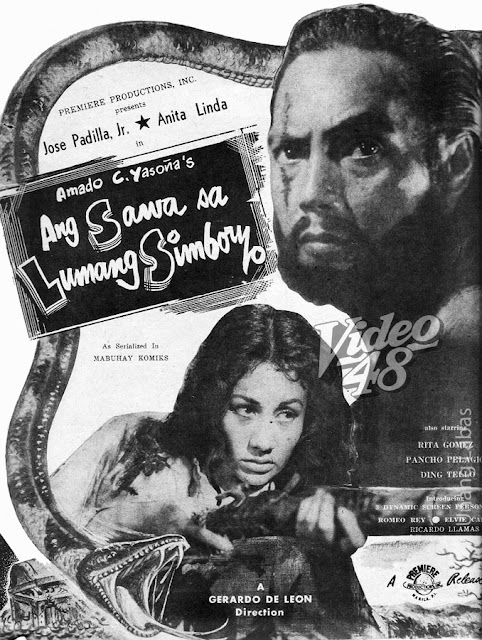 Source: imdb.com, wikipedia.org
Note: * All videos are from random sources, the quality is variable * Copyright of the films, movies are belong to the real owner (Producer or Broadcast channel) *The files will or can be removed if the copyright owner complain to this site. *This site never buy any films and movies from any filming company. *Thank you for always visiting this site and for your support to us
Labels: 1952, Action, Drama, Romance