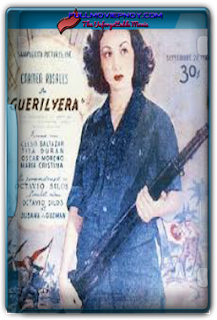 Did you know that Carmen Rosales was a guerrilla fighter during World War II? In a magazine article by Ceres Doyo, Rene Navales, eldest son of Carmen Rosales, claimed that “my mother‘s underground work took her to Santa Rosa, Laguna, where she was involved in the killing of a makapili (Japanese collaborator). She later fled to Silang, Cavite to evade capture by the Japanese. My mother was a sharpshooter who toted a .45 and sometimes wore a moustache in order to disguise herself…”

“She was taken to Pangasinan by an enamoured Japanese colonel named Yamamoto who wanted her to star in a propaganda movie--- or else he would kill Filipinos. Rosales gave in but the film was never finished because American troops arrived. For her act of sacrifice to save a community, the popular star earned the people’s gratitude and a barrio, Carmen, in Rosales town, Pangasinan, was supposedly named after her…”
A movie, titled Guerilyera was made in 1946.

In the daring role she played in our fight for freedom. 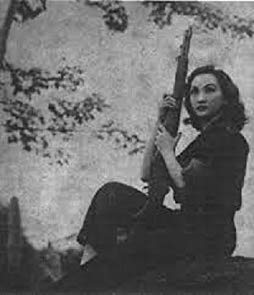 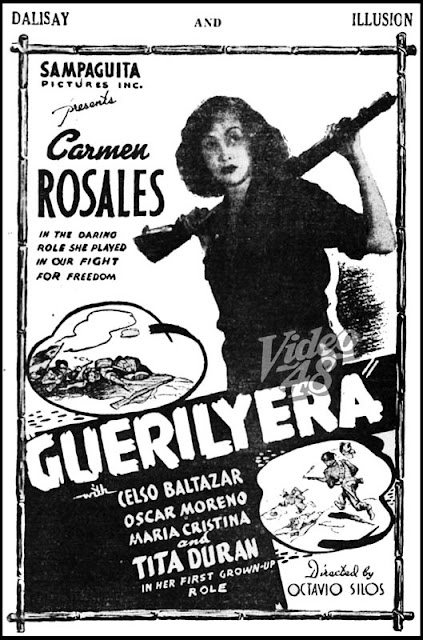 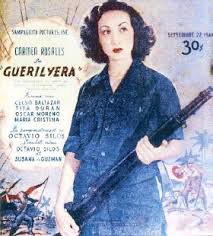 Source: imdb.com, wikipedia.org
Note: * All videos are from random sources, the quality is variable * Copyright of the films, movies are belong to the real owner (Producer or Broadcast channel) *The files will or can be removed if the copyright owner complain to this site. *This site never buy any films and movies from any filming company. *Thank you for always visiting this site and for your support to us
Labels: 1946, Action, Drama, War